In today’s lesson, we began to explore the Mycenaean Civilisation. The Mycenaeans flourished from around 1600 BC to around 1100 BC, and the Linear B tablets at Knossos and on other sites are some of the pieces of evidence we have which show that they invaded these Minoan sites and took over their palaces.

We looked at some images of Mycenaean artefacts which have been found, and which can now been seen at the Ashmolean Museum in the Aegean World gallery. These included a golden mask, known as the “Mask of Agamemnon”, a Mycenaean hunting dagger which an intricate decoration of some warriors with full body shields fending off a lion, a pair of gold earrings, a helmet made from boar tusks, and a some jugs with images of warriors and chariots. 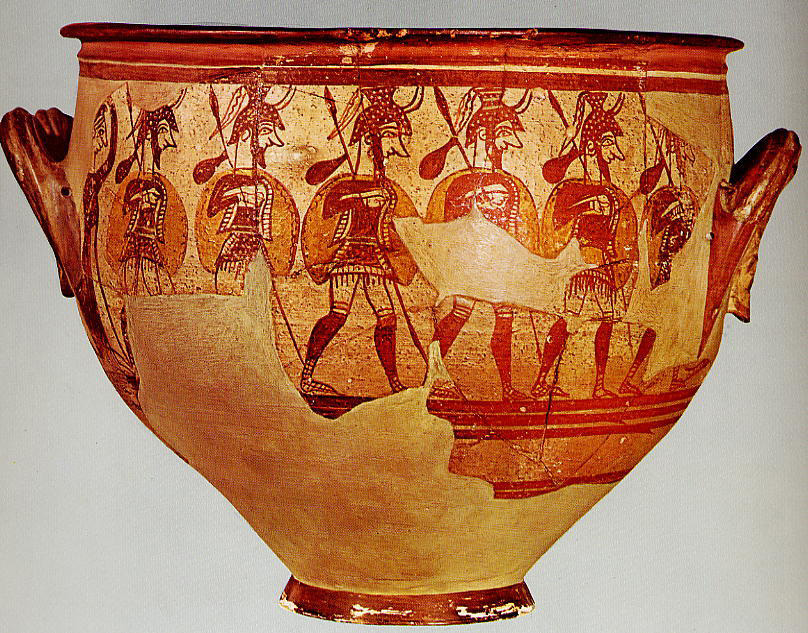 You all thought that these artefacts indicated a warlike civilisation which was wealthy and keen to display status. You correctly identified the mask as a ‘death mask’ for a warrior, and thought that the full body shields were impressive but perhaps difficult to carry!

After we had looked at these items, we explored the remains of the palace at Mycenae, including a thick defensive wall, and the famous “Lion Gate”. One of you thought that the walls looked like they had been built by giants. In fact, the Mycenaean masonry was called “Cyclopean” for this very reason! We also looked at the “Treasury of Atreus”, which many of you correctly identified as a tomb. It is a type of tomb called a tholos tomb where a king would have been buried. 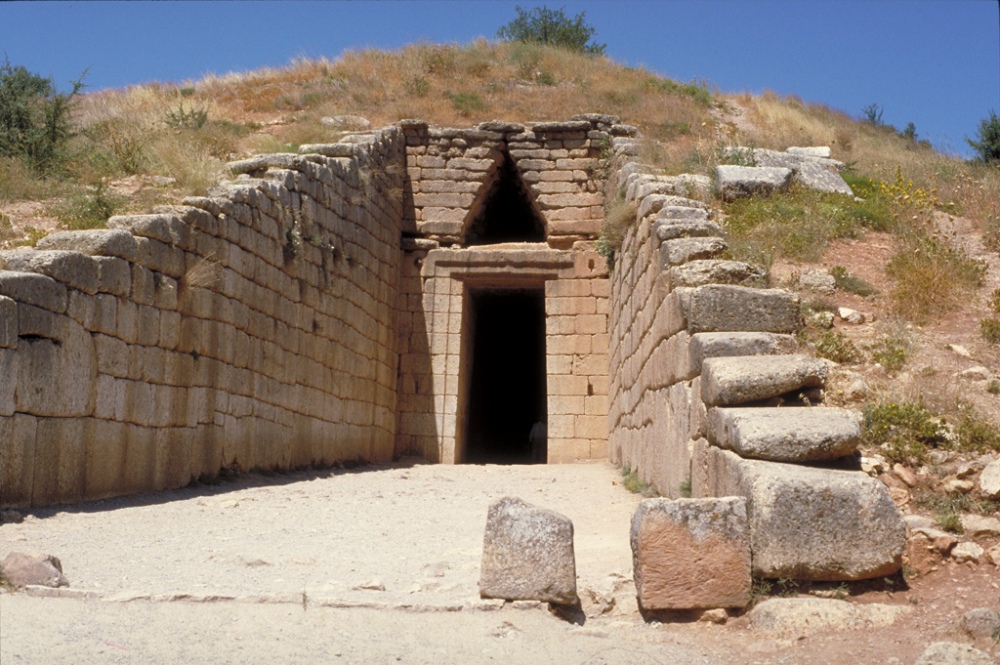 We looked at some of the Mycenaean grave goods which had been found.

We also had a vocabulary quiz for some of the words we’ve met and explored some verbs for animal sounds!